Contemporary art combined with the archaeological sites of Sicily and the denial of Vittorio Sgarbi create a short circuit that forces cultural heritage advisor Alberto Samona to undo the realization of the Merz Foundation exhibition in Segesta and write, on the recommendation of the president from the region, Nello Musumesi, “an act of directing so that – determines Musumechi – managers of archaeological parks adhere to harmonious assessments”, because, as the president asserts, the “secular sanctity” of the parks themselves “does not allow to pollute other cultural initiatives even if they are in good faith.”

“The art exhibition currently hosted in Segesta must be moved to another location,” Musumeci declares, declaring the clause “already signed by Samonà and intended” to ensure the realization of every work of contemporary art in archaeological areas and parks – writes: delegate in the document – It is preceded by the presentation, by the presenter, of a detailed exhibition project for submission to the initial mandate from the department.

However, at the time of presenting the exhibition curated by Beatrice Merz and Agata Polizzi, the commissioner welcomed the initiative with applause. “In the same months that the province encourages the resumption of countless archaeological expeditions – Samona said at the short opening ceremony – new reading symbols are being sought as in this case. It is an initiative that stems from the idea that our temples and the places of our monuments are not the prerogative of scientists and tourists only, Rather, they are, above all, open spaces for contemplation and listening.”

If new reading codes become unacceptable pollutants, it is due to the dictates of Musumeci and even before, to Professor Sgarbi’s refusal. So much so that today’s embarrassed Samona specifies that “the writer, though not generally opposed to these installations, believes that they should always be complementary to the context in which they are installed and should facilitate the establishment of a harmonious relationship between the ancient and the contemporary. thus reinforcing the archaeological context which should not Under no circumstances should it be changed or destroyed due to the contemporary environment.”

But what did the much-criticized art critic criticize in the post on social media in which he defined the status of contemporary art in Segesta’s script as a “monster”? “I wonder: Why is the sanctity of places full of poetry and beauty violated by such atrocities?” He wrote in support of the image of one of the installations, the Iron-and-Glass “helix” by the Greek painter Costas Varostos, which was placed thereafter. For the Temple of Segesta. Musumeci abbreviated “I agree with Vittorio Sgarbi’s observations”. 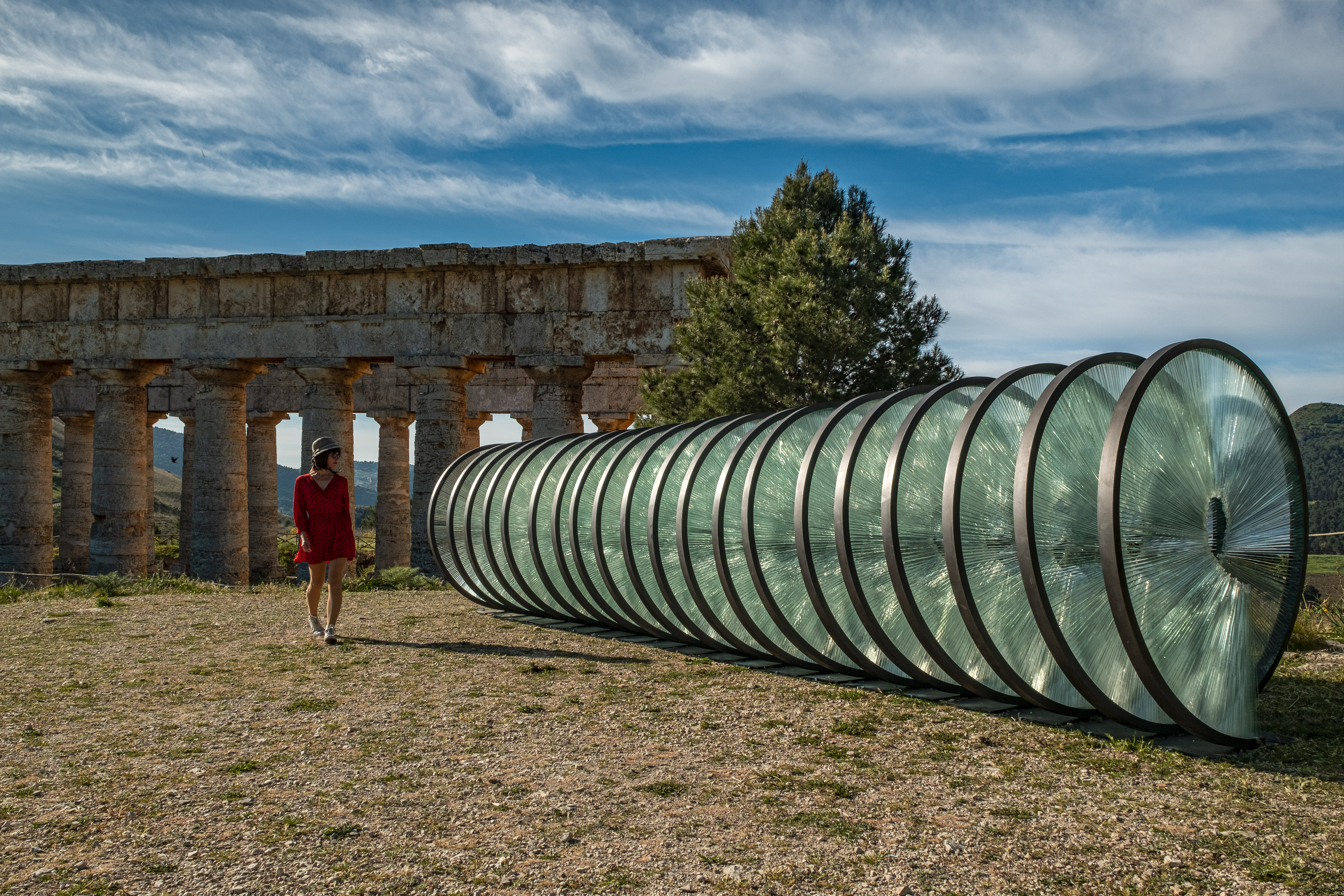 MondoMostre, the structure that organized the exhibition of the four installations, asserts in a note that it “includes the references of the president of the Sicilian region and member of the council” and that “the curators of the exhibition are working in coordination with the management of the park and the Merz Foundation, to find the most appropriate solution that explains the address that has been sent.”

In short, Spirale will find a new arrangement, but it will still be usable for park visitors. Luckily. Because the final effect could be the great slither of Sicily over terrain that is not always easy for contemporary art. As written on the occasion of the exhibition, it is a work by Varostos in which the intrinsic light of forms is reflected in the harmonious relations between nature and architecture, to represent the infinite path of thought that moves in constant up and down in world history. The video we’re suggesting here, created by MondoMostre, gives a good idea of ​​the helix as a symbol of the organic growth of the natural world.

The other proposed works are also pieces of the exquisite artistic expressions desired by the center of contemporary art, the Merz Foundation, which from Turin has developed extensive activity throughout Italy and also abroad. The vision of the structure is to see the work in a dynamic and changing context, as an escalation of the concept of art as a source of energy. Headed by Beatrice Merz, the Foundation benefits from the cooperation of a scientific committee composed of names at the international level: Francis Morris (Director at Tate Modern, London), Vicente Todolí (Artistic Adviser Hangar Bicocca, Milan), Richard Fludd (Former Director Special Project and Coordinator at the New Museum The Great Contemporary Art, New York) and Mariano Boggia (Director of the Merz Group).

In the video, the Segesta region with the facilities of the Merz Foundation.